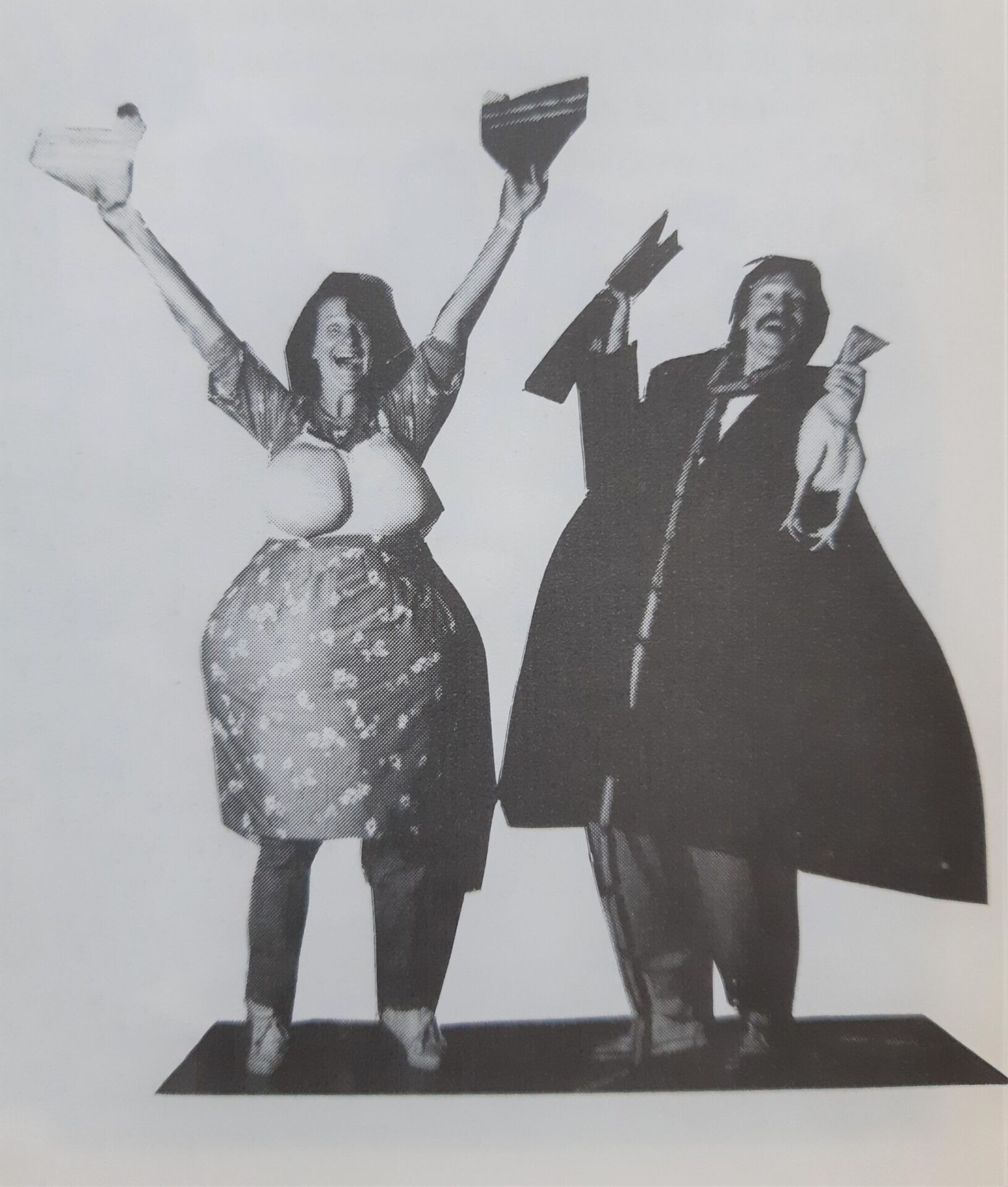 In our series ‘From the school’s history’ we present the period from the end of the fifties until halfway through the sixties. It is one of the periods in which I was connected with the school and spent a considerable part of my daily life there.

It was the end of June 1959. All sixth-grade pupils of primary schools were sitting their entrance-tests for secondary education. Their future after the summer holidays would partly depend on the result of these tests.

So far the educational world had been neatly arranged. People of the Roman Catholic denomination in Groningen had several options. Girls could go to the domestic science school Sint Bernadette, or schools for advanced elementary education (‘Mulo’) in the Butjesstraat or ‘MMS’ (secondary education for girls). Both girls and boys could enter Sint Maartenscollege if they opted for ‘HBS’ or ‘Gymnasium’ (grammar school). There was no lower technical education for Roman Catholics In Groningen, but that did not seem to be a problem: vocational training for carpenters, welders or bricklayers did not require a specifically Roman Catholic approach.

Even before I left primary school I knew I would be admitted to Sint Maartenscollege. So at the book fair I tried my best to buy all the books for the new school year as cheaply as possible. But I was fooled into buying an old edition of the history-book.

1959. The last year that the lower school started in the white villa at the very end of the Verlengde Hereweg. ‘Château Blanc’, as it was also known, was extended with temporary classrooms to accommodate the growing number of young pupils. The upper school was in the Esserhoeve, but that was a long way away for me.
Behind the Esserhoeve piles were sunk into the ground for the foundation of a new school building. After the school year started, we went there for PE lessons, while the foundations were still in full view. The Esserberg building was where the boys of the boarding-school stayed.

That year a totally new world opened up for me. The subjects were new. The teachers were colourful, at least the lay-staff. The Jesuits were all dressed in black suits and white dog collars. The first female teachers had only recently been hired: Bella Bumper, our Dutch teacher; ‘Kip’, who taught Art; Miss Witteveen who taught English; ‘Mies’ who taught PE. We also had teachers who had joined the school as early as 1946: ‘Oom’ for History, Jordens and ‘Nasser’ for Geography.

Printed on top of each test paper was ‘AMDG’ (short for Ad Majorem Dei Gloria) and at the bottom ‘QED’ (Quod Erat Demonstrandum). But Holy Mass in the chapel once a week was no longer in Latin: we sang Dutch songs with Huub Oosterhuis. Oosterhuis also started a small-scale girls choir, and during school breaks we sang a far more exuberant repertoire.

That first year with all its rituals: Sint Maarten’s Festival, the girl choir’s Sinterklaas celebration, the Christmas session, the annual drama performance in the city theatre, the treasure-hunt-by-bike. And at the end of the school year the Great Assembly with music, applause and a book as prize for the best pupil of the class. That was me!

But alas, all of that would never return.