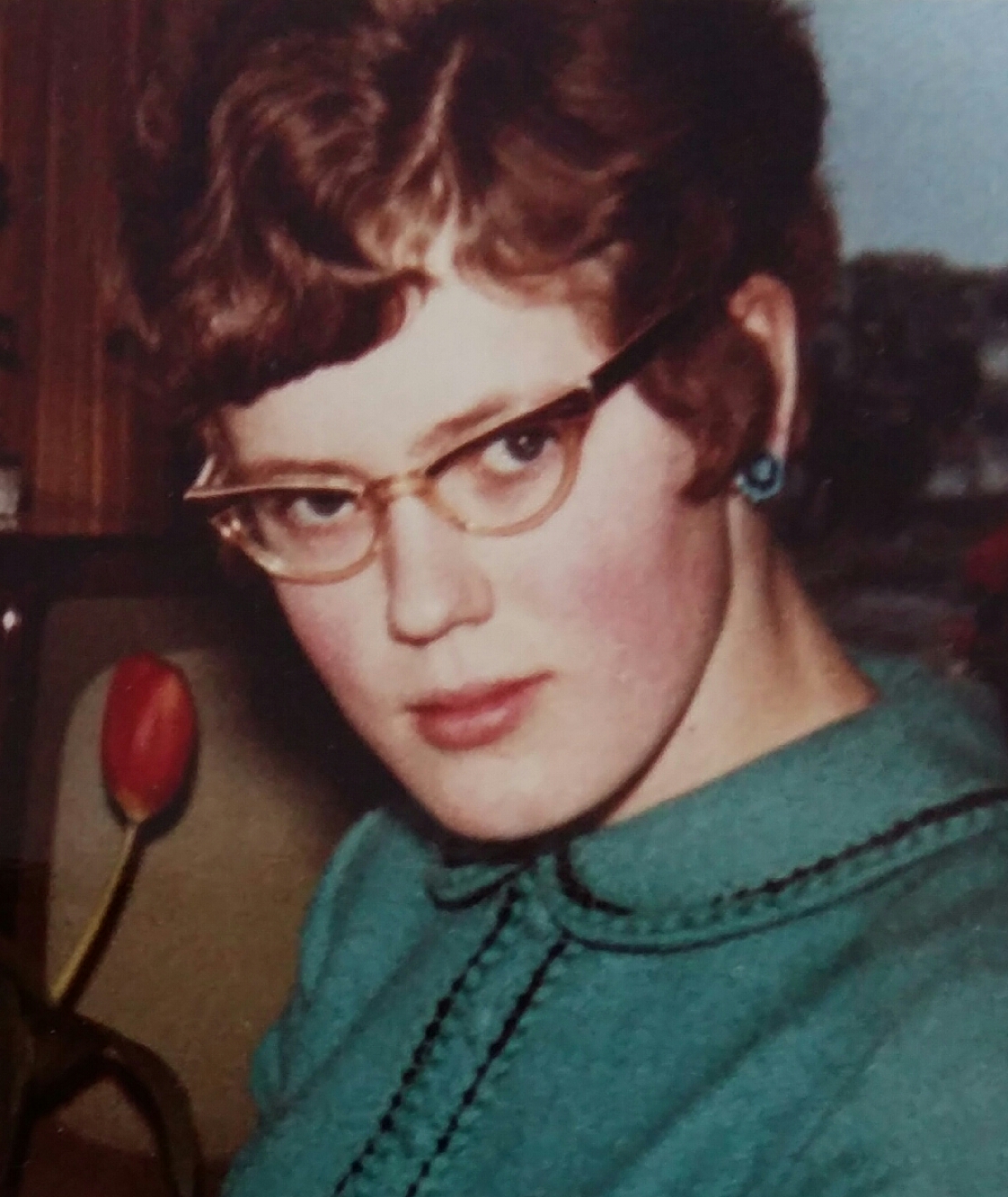 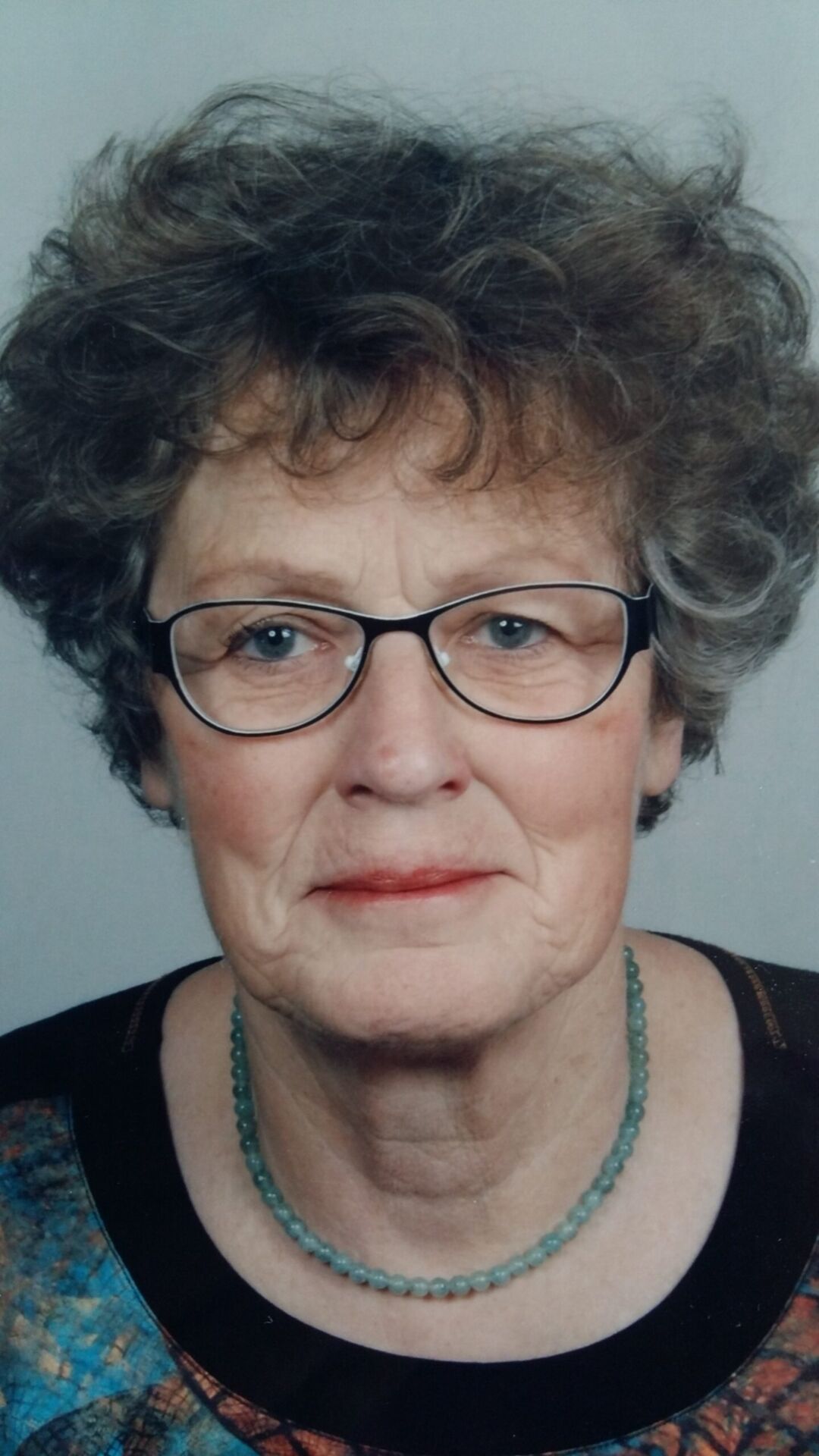 Based on personal accounts we try to sketch a historical picture of St. Maartenscollege. Two sisters report about their experiences at a time when one sister was one of the first girls among the pupils in the new school building in Haren, whereas the other one was in the MMS (Girls’ Secondary School), moved to the Wijert building and saw the gradual discontinuation of the MMS. All five children of the Roman Catholic family attended the school that nowadays is called Maartenscollege.

Nanki Enzing attended the MMS from 1962 to 1967, during the sixties, the decade of radical changes. Starting in 1966 the MMS intensified its relationship with St. Maartenscollege.

The Roman Catholic MMS for girls was founded one year after the Roman Catholic St. Maartenscollege for boys. In 1947 the MMS started in an apartment over a city bar but moved to a mansion at the Kraneweg in 1950. Although that property had rooms the size of classrooms and temporary buildings in the garden, it was not long before they needed more space. In 1965, even before its official opening, the MMS moved to a new building at the Henriette Roland Holststraat. Nanki remembers the last day at the Kraneweg (‘blotting and daubing the old desks’), as well as the first schoolday in the Wijert on May 3rd 1965, after the Easter Break (‘everything was brand new’). She was in year three at the time and remembers the popular music from those says: Françoise Hardy and the Beatles.

But in spite of the new building the division between boys’ and girls’ schools was gradually coming to an end. Due to the ‘Mammoetwet’ the MMS ceased to exist. This new Education Act radically rearranged Dutch secondary education.

According to Nanki, who calls herself ‘a timid girl’, the atmosphere at the MMS was safe and secure, and you felt at home there. Most teachers were nuns, who were not particularly strict but rather motherly in their pedagogical approach. No masses were read at school. The lay teachers were a lot stricter on the whole. Dietvorst, the geography teacher, was strict in a pleasant way and English teacher Doodkorte was ‘rather fun’. He taught them English by singing English songs with them. During the reunion of 1996 they sang these songs again with him and remembered them all! The MMS was anything but easygoing: you had to sit exams for four languages and read at least twenty books for each of the foreign languages.

Quite a few activities were organized outside school, such as ‘Entre Nous’, which meant that school and parents organized parties for first- and second year pupils. The school was quite happy with this, because it meant that pupils got to know each other better. The MMS school club SIOS also organized all kinds of social events, such as lectures, drama and dances. If you decided to come to a dance, you had to invite a boy or else you would not be allowed in. On such occasions Nanki had to ‘borrow’ a friend from her elder sister or brother…

She remembers that in the final school year they went on school camp in Witterzomer (near Assen), a highly creative combination of drama, dancing and painting. After their final examination there was the traditional ride by horse-drawn cart past the houses of those who had passed their exams.

Soon after that the MMS merged with St. Maartenscollege. The new MMS-building in de Wijert became the place where first- and second-formers spent two years before they moved ‘to Haren’ for their upper-school years. After the merger with St. Martinus and the Schalm this bilocation even became a trilocation including the building of the Schalm at the Rummerinkhof. This situation continued until 2001, when the school was forced by the government to move into one single building, which was eventually built on the campus at the Hemmenlaan. The Wijert building was sold to the Gomarus College, the Rummerinkhof to the Zernike College. The building of St. Martinus at the Merwedestraat was taken over by the Vrije School. 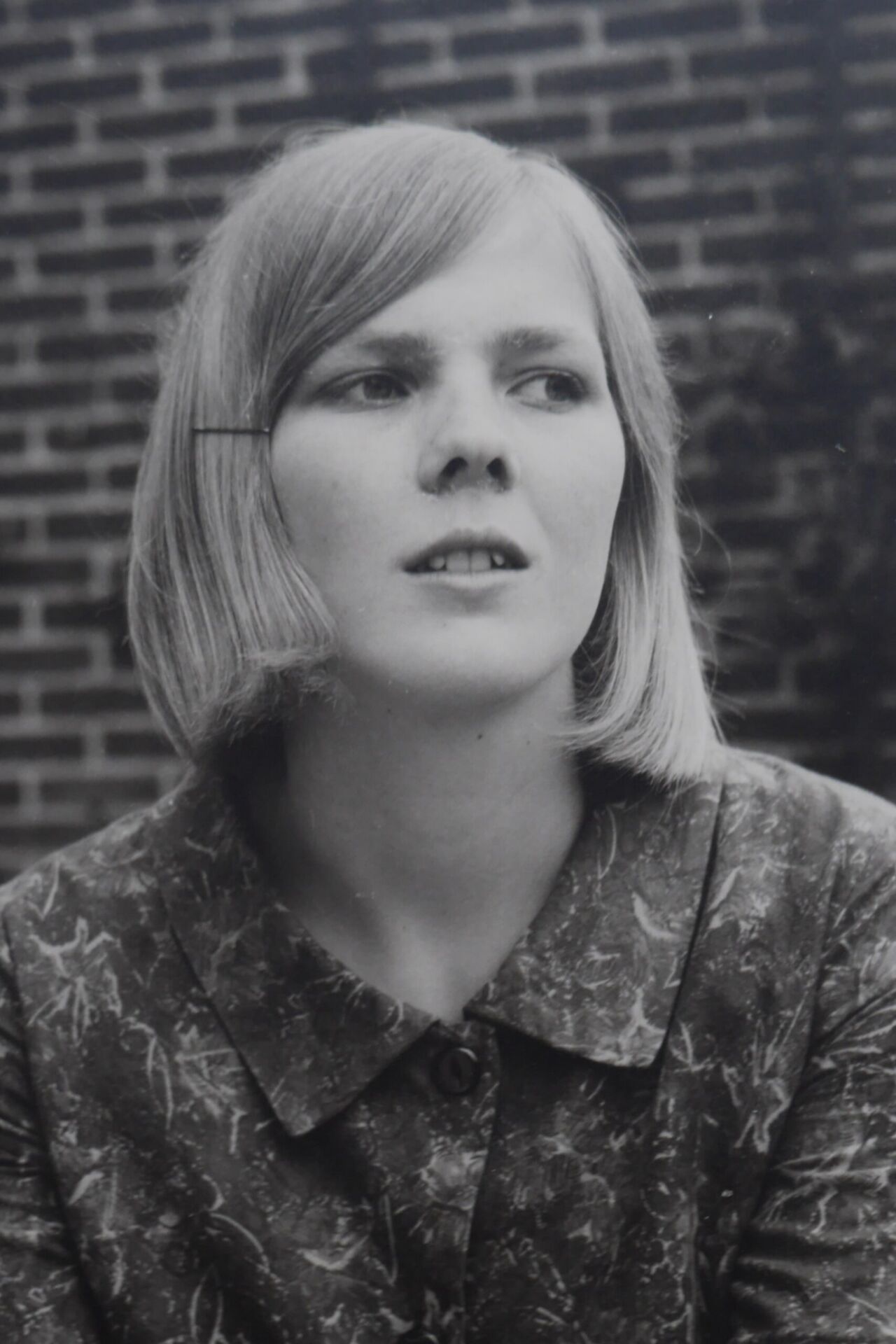 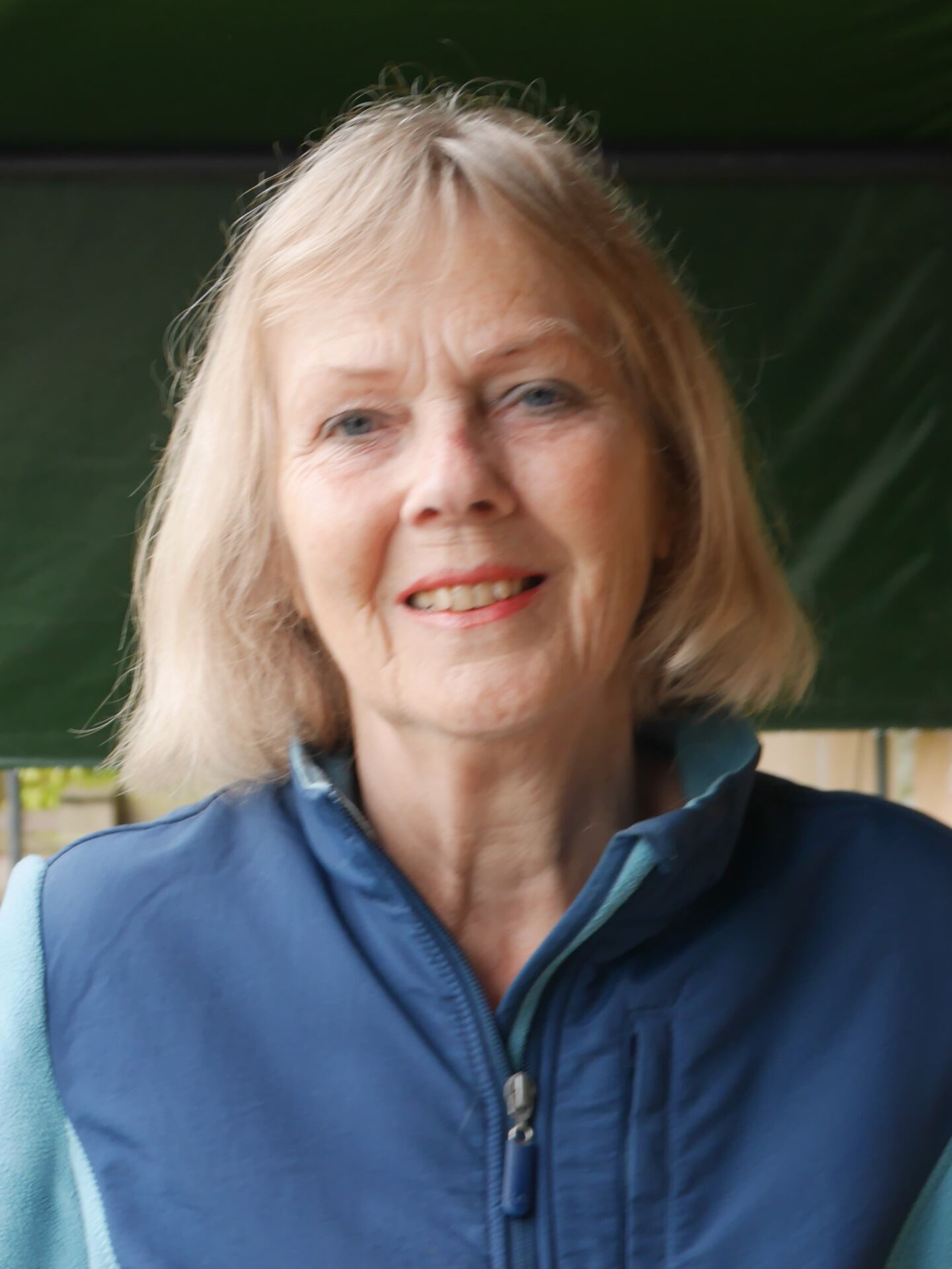 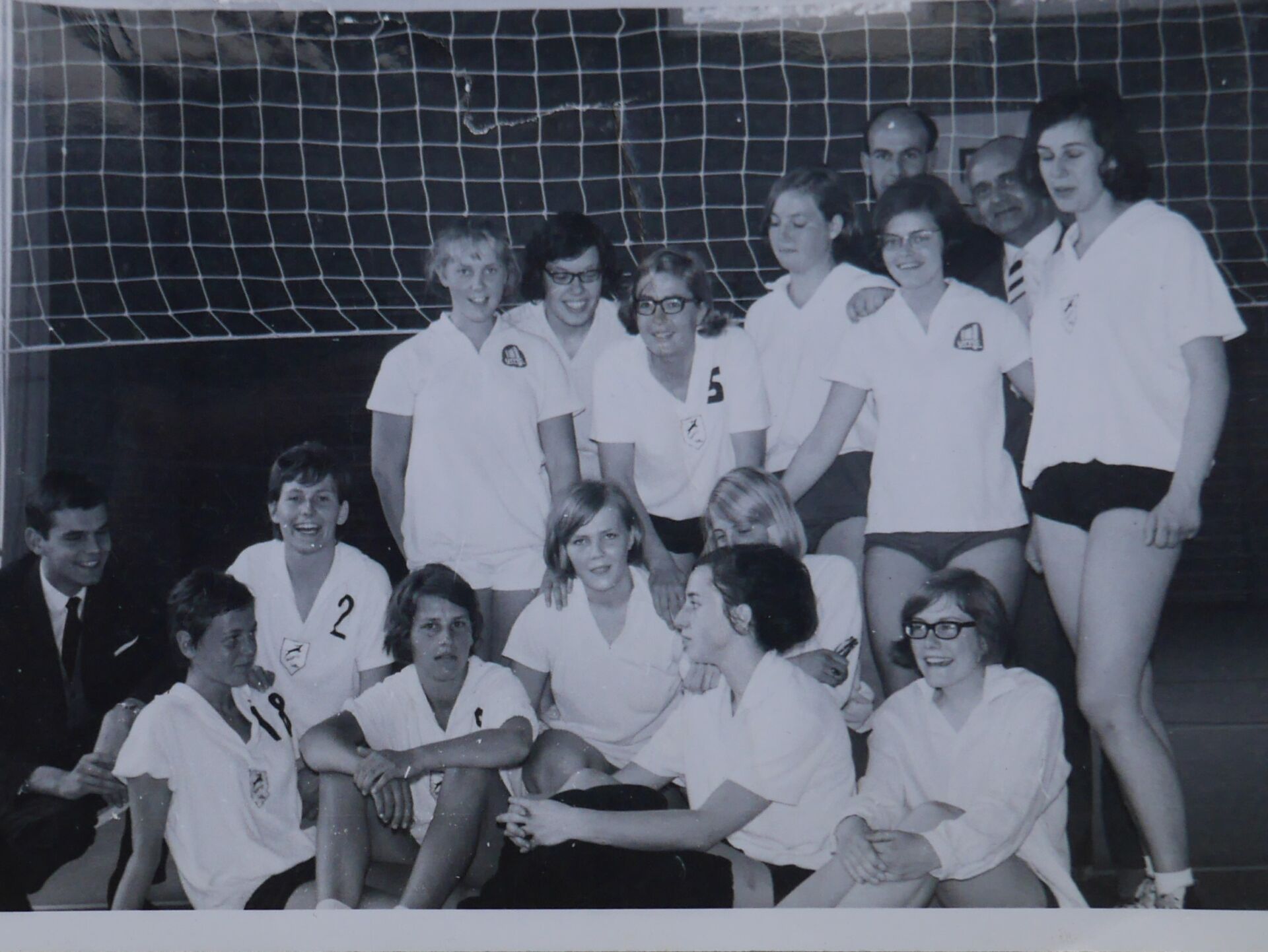 Sixty years ago I arrived at St. Maartenscollege as a first-former. In my primary school sister Gabriëlis ruled over us with a firm hand, and after the nuns I found myself under the protection of the Jesuits. That was the normal course of events if you were born in a Roman Catholic family. But before being admitted to St. Maartenscollege you had to take an entrance exam.

My former class-mate, Marcel Winkels, told me that this exam took place in the old ‘chateau’ and that it included Arithmetic, Language, Geography and History, half a day per subject. After the summer holidays we were the first class to move into the then new, modern building.

We were taught German, Dutch, Geography, Latin and Religious Education by a Jesuit priest. And father Linnenweever was standing at the bottom of the slope towards the bicycle shed to check whether you got off your bike at the top. Quite a nuisance if you were late and preferred to bounce down quickly over the thresholds. The headmaster was also a Jesuit, father Muskens, an amiable man who once explained to us how best to set fire to the school building! Writing this down now, I can hardly believe it. Yet this is what is engraved in my selective memory. Some of the Jesuits lived at Rijksstraatweg no. 4, the rest of them in the house on the school grounds opposite the boys’ boarding school which is now the International School.

At the time there were six Jesuit colleges in the Netherlands and every year there were sports exchanges. Bad luck for us, girls, because we were never allowed to join. The other colleges were ‘boys only’. And there was more youthful ‘suffering’: when it came to being invited to the school ball, we had fierce competition from the MMS-girls.

In my fifth year of grammar-school I became secretary of the school board. Father de Vreeze (Latin) promptly addressed me. He did not think that such a function could be combined with good school results. It may have been sheer coincidence, but at the end of the year I had to resit my Latin exams in his room and in full view of his prie-dieu. Fortunately, it went well.

Before writing this piece my thoughts Involuntarily turned to the differences between then and now. Apart from having entrance exams and Jesuit teachers, as a girl in the early sixties you were only allowed to wear trousers (under your skirt) in extremely cold weather. I also remember that a classmate and her boyfriend were summoned to the headmaster’s office because they had walked hand-in-hand on the school grounds. This was not done! But I got really frightened at the beginning of my school career, for I heard that every year the Pope had to grant permission for girls to attend the school. Imagine he would say “no!”