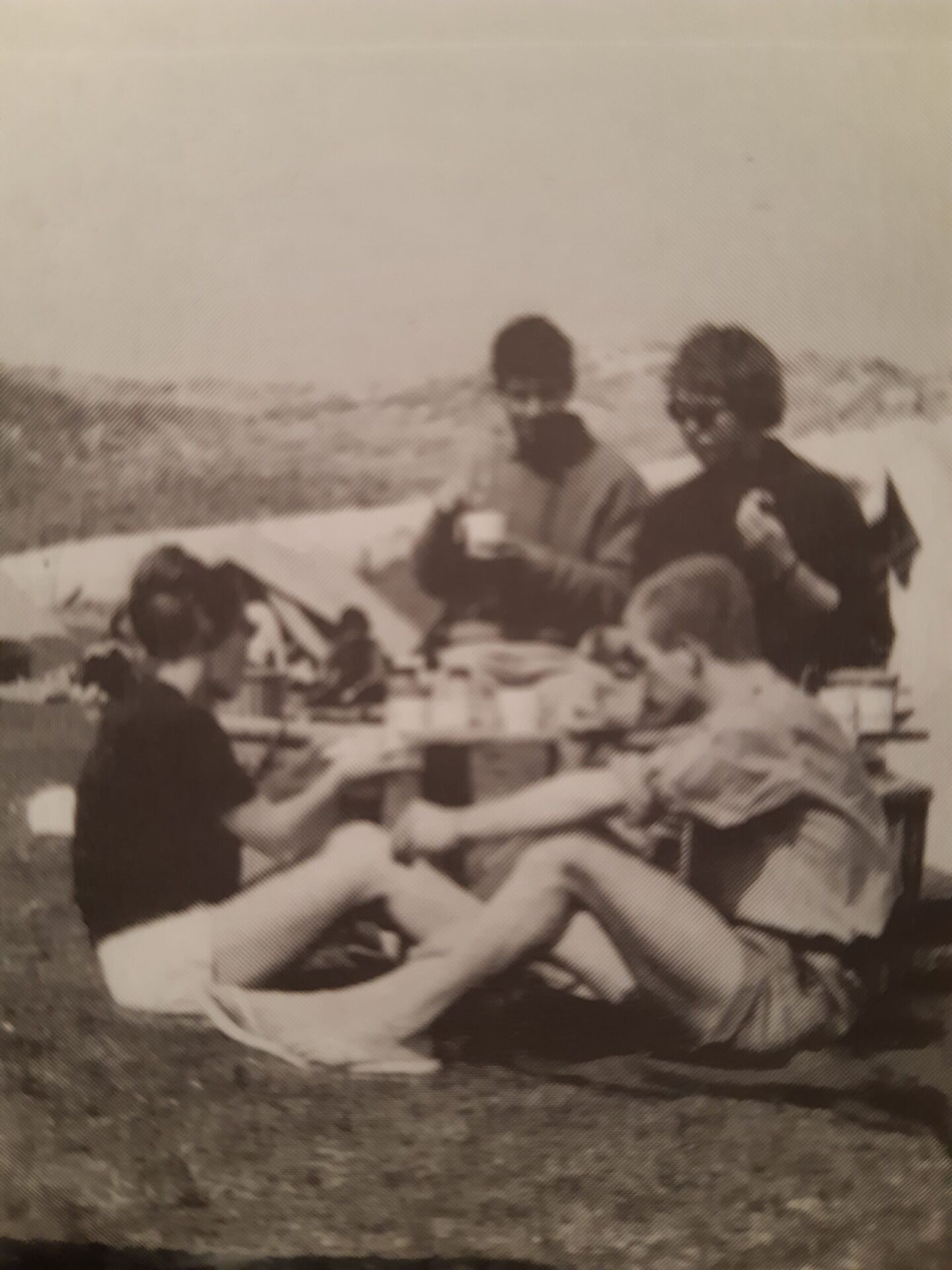 Some time ago Annet Brinkgreve came to stay with us in Vlissingen and of course we caught up on the ‘past’ and I heard about the plans for the reunion. As to that I would like to tell something about the somewhat special procedure of my appointment at the ‘Katholieke Middelbare Meisjesschool St Walburg’(RC secondary school for girls: MMS) in August 1965.

I reported for the job interview in Kraneweg and was welcomed by the vice-principal Henk Veenker who, while opening the grand green door, told me that the appointment was arranged! Not very usual in those days. I was appointed on the pavement and was additionally told some details like: You will start with theoretic lessons because the new school building won’t be finished until March 1966.

From sister Anthonine (the principal) I received a suggestion how to start my first lesson: ‘then you’ll pray an Our Father’… I sincerely wondered then if there were more Our Fathers…!

In good spirits I started with a general introduction into fysiology, types and functions of body systems (and especially how to maintain them), their effects on your health, the rules of various sports and activities that we would practise later on in the gym or in the field, explanation of training theories etcetera.

I had the audacity as a non-catholic male to point out, among other things,  to my attentive audience the honour-bound obligation which as a girl you will have in due course in the case of pregnancy and giving birth (for yourself and your unborn child: make sure your abs are in optimal condition!!), together with a beautiful picture on the blackboard of a pregnant woman in profile. It went down a (Groninger) treat!

In 1987 and 1997 I was the treasurer of the festivities around the fortieth and fiftieth anniversary of Maartens with the slogan ‘Maartens is gold!’

Both anniversaries were very successful both in programme and attendance – and all communication was done via snail mail (paid for!). In 1987 a play was performed by the school staff in the Groninger theatre and we could use the complete Martinihal. In 1997 everything gtook place in the Oosterpoort including a magnificent (John de Jong) song contest  for an audience of 1200!

I look forward to attending the upcoming reunion and would like to wish everyone involved lots of joy and good luck in the preparations.