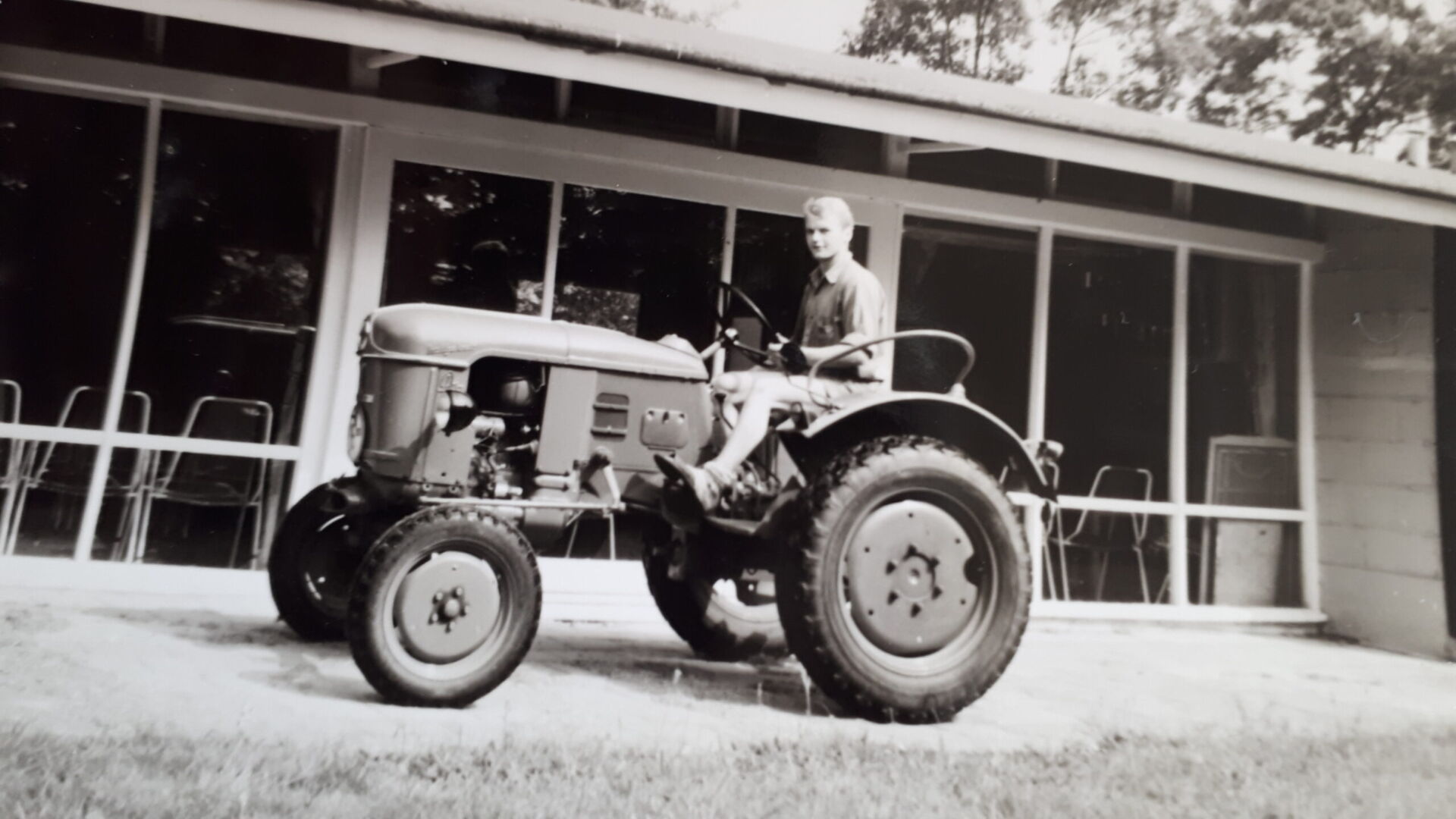 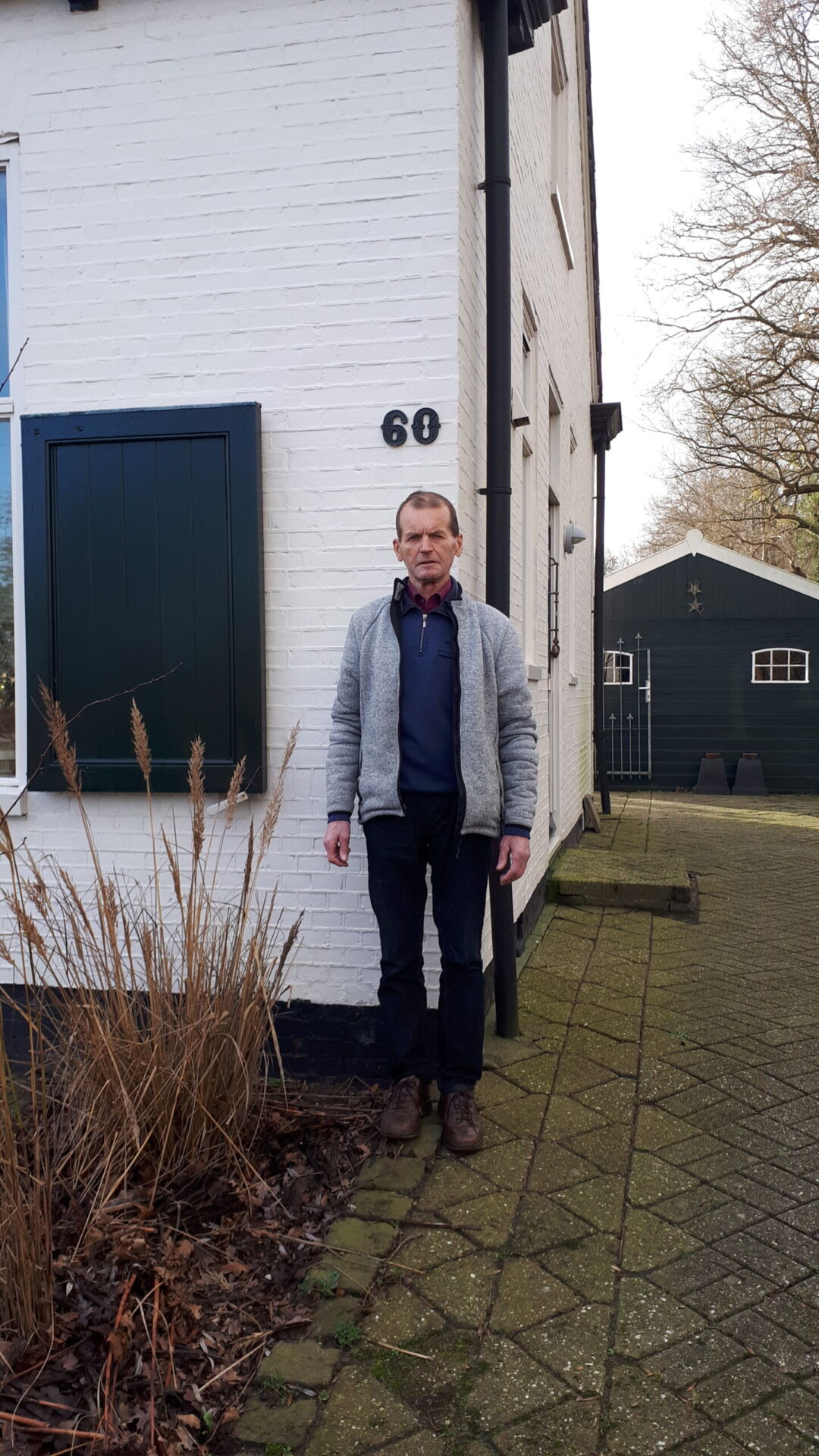 It is December 20th 2020 and I am sitting with Jos Redder and his wife Maria round the ‘interview table’. Coffee, pen and paper at the ready: let’s get started! But Jos being Jos, that is not as easy as it sounds… Jos is a gifted talker and he is not ready yet to be properly interviewed. But eventually I manage to get Jos talking about his job as gardener/groundsman for St. Maartenscollege.

Jos was born in a Roman Catholic family and grew up in northern Overijssel. In the late sixties an uncle of Jos’ is living with the Jesuits as a friar. He oversees the domestic staff in the villas called Esserhoeve, which is also home to a number of Jesuits, Esserberg (main Jesuit living quarters) and the one at Rijksstraatweg 4, which is also Jesuit property. Apart from domestic chores this uncle ensures that each morning Mass can be read in the chapel. When a vacancy in the grounds-staff occurs, he informs his nephew Jos, who decides to apply. He is introduced to father Linneweever, who is familiar with the Redder family and knows whom he is dealing with. It is Jos’ job to tend the woods and gardens surrounding the school, including the sports fields, including the fields of hockey club HMS. HMC? The Jesuits own the grounds and let a number of fields to this hockey club. Can he work independently? If so, the job is his. He gets a temporary contract for three months, followed by permanent contract. He will also be allowed to live in the groundsman’s house. Does he mind that pupils on bicycles will pass his house every day? Absolutely not. It is part of the deal! Jos starts his job on April 1st 1969 and stays temporarily in the Esserberg building. In July Jos and Maria move to their future house at the edge of the school grounds.

Instead of three months Jos’ employment at St. Maartenscollege will last almost forty-two years. He tends four sports fields, one training field, the parking lot, the grounds surrounding the hockey club’s pavilion, as well as the grounds surrounding the school building. He is present all year round and checks the weather conditions day by day. If it is wet he can’t mow the grass. If it snows, he clears the snow away. When it is Saturday he clears the parking lot. When he is at home the job continues, because gardening is not only his job, it is also his hobby.

Father Muskens is the headmaster, and the two have coffee and small talk on a regular basis. They get along well. ‘Mus’, as he is nicknamed, holds peculiar views. For instance: pupils should only hear the sounds of birds and the groundsman. But after the bell sounds and the lessons start, he will have to move elsewhere within nine minutes. Why nine minutes? According to Muskens it takes three minutes for teachers to realize that they hear a lawn-mower, three minutes to report the noise to the headmaster and another three minutes for Muskens to signal with waving arms to Jos that he must get to work somewhere else in the grounds.

In 1977 Father Muskens retires and his successor is Cees de Moel. The eighties bring major changes: there is a merger with a protestant school (Schalm), the bishop gives his permission to remove the word ‘Sint’ from the school’s name. Maartenscollege becomes an interdenominational comprehensive school, which Jos is sorry about. He would have preferred to continue with the original name. The sports fields are sold. The Esserberg Foundation is established and Jos loses part of his employment, but not his house. In 1994 his job consists for 50% of school work and the other 50% he spends as driver for the handicapped, which he also likes. He manages to combine his job as groundsman with his other work, which he continues doing until 2010, when he is 65 and retires.

During all those years Jos developed a special relationship with the department of Physical Education, since those teachers were always out and about in the grounds. If work had to be done on a particular field there was always room for consultation, because there were enough fields available. After his direct employer, Father Niessen, could no longer fulfil his tasks, Jos decided to pick his own contact for the sports accommodation: Ad Laar. After Laar’s retirement Pim Vijfwinkel took over, which lead to fruitful cooperation.

Jos: ‘As a child my dream was to work in parks and gardens. My whole active live I have been able to work with the greatest possible pleasure. What else does a man want?’