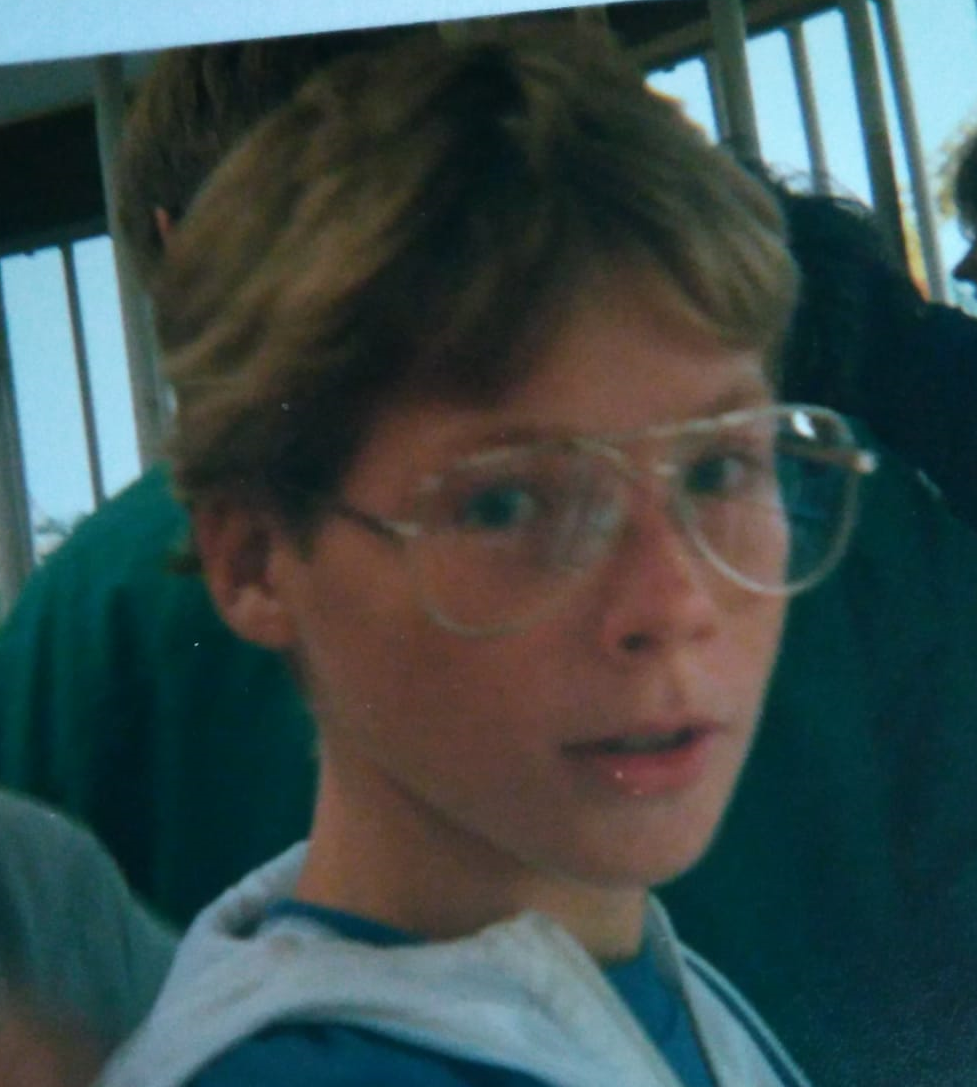 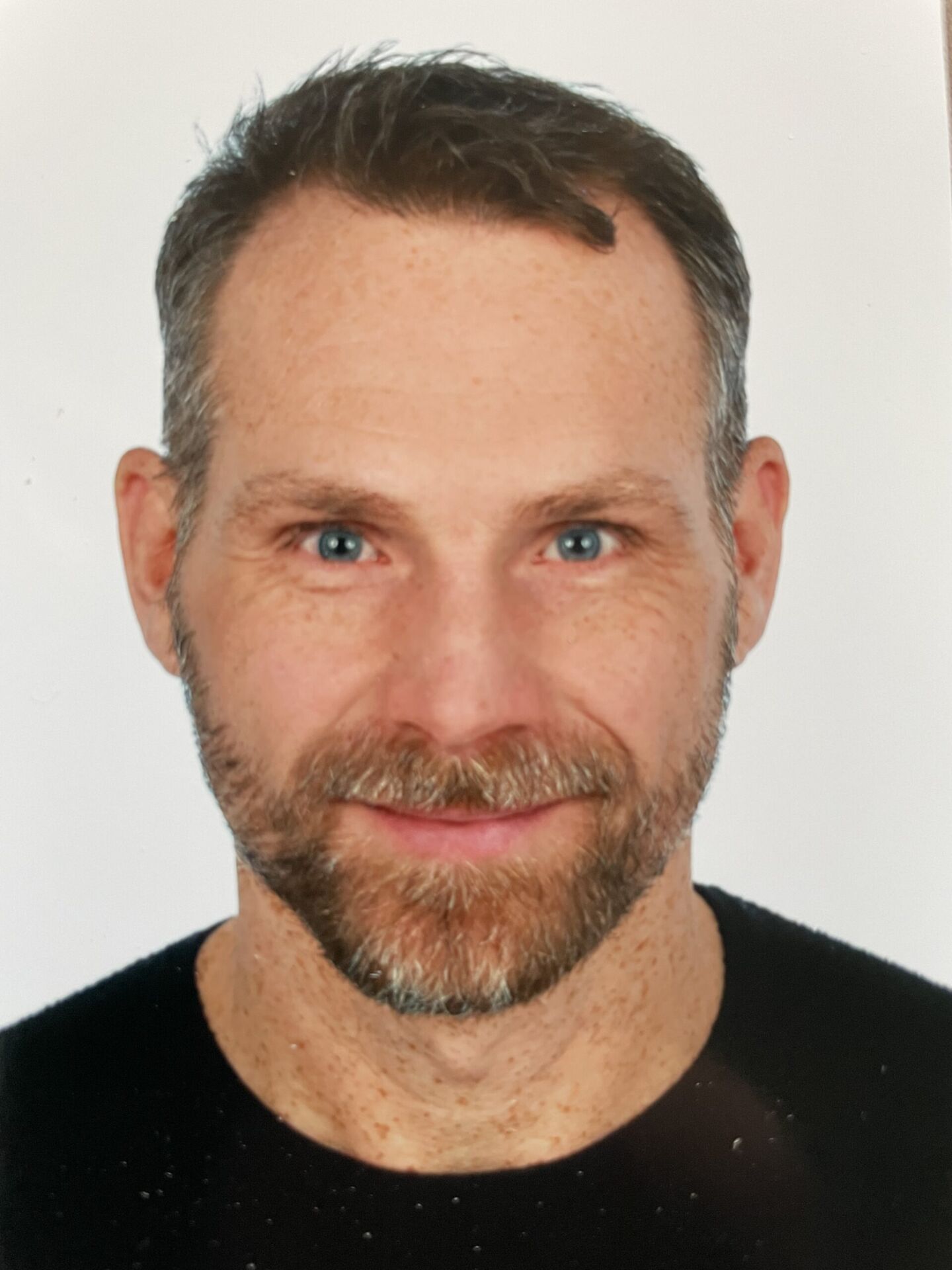 My high school career at the then Sint Maartenscollege started in 1985 as a freshman in the Wijert. I repeated the first year once more and so spent three years in the Wijert. After the first classes I went to Havo 3 in Haren and then in 1989 I graduated to the Mavo De Schalm.
De Schalm was then still an independent school and shortly afterwards it became part of the Sint Maartenscollege. After getting my Mavo diploma, I went to do a year of High school. When I came back, I wanted to go to SMC again, but there was a student freeze there at that time (early 1991)! Then I went to the Zernike and got my high school diploma. After that I did and passed the HEAO. At this moment I am a freelance business consultant and I do a lot of volunteer work in sports. I am chairman of the foundation Sportkoepel Groningen, an advocate of the interests of the Groningen sports clubs, and vice chairman of the national badminton association. I know Koos Meisner well, also a fanatical badminton player, who interviewed me. We still play a game regularly.

The choice for the SMC by my parents was not specifically because of the church background. I remember how much I wanted to go to SMC myself. All my classmates from elementary school went to Zernike. Yet I chose SMC, because we felt that this school was of better quality.

I don’t remember much about ‘The Children’s Crusade’, as the first year’s camp was called back then, although one of our camps went to Schiermonnikoog. My mother went along as a guide together with the mother of one of my friends at the time, Jeroen Guikema. I remember that it was a difficult weekend for my mother. The girls in our class were already more advanced than the boys and they had gone out to the Toxbar without telling us. Both mothers stressed out, but luckily they came trickling back in at two in the morning. I also remember couples, which arose during the beach walks.

In De Wijert, where you had the extended bridging period of 2 years, I liked it very much. I had nice friends and we did a lot of pranks during that time. And of course that did not always go down well with the teachers and the principal. Regularly we had to report to the vice principal Mr Hettinga. We also regularly played basketball on the square during lessons or went to get cream rolls at the bakery on the Verlengde Hereweg.
I have many special memories of De Wijert, but one of the most memorable was during one of the winters. There was a stream behind the lawn and it often froze over during the winter, also that winter. We would go and walk on the ice floe and see who could stand on it the longest. On the other side of the water began the grounds of the Papiermolen swimming pool. We thought it would be fun to explore that pool in the winter. It was pretty harmless, in the sense that nothing was demolished. But upon returning, our action had also reached the amanuensis, Mr. Woltjer. And yes, shortly afterwards we were all allowed to report and we could go home with a letter straight away. We were en-masse suspended!

Funny how many teachers I still remember from that period. Our mentors were Maria Raedts and Ferdi van der Werf. Ferdi was a very nice man and I think also a fairly young teacher. He did not have it easy with those annoying little adolescents. We hung bills on his back and let him walk out of the classroom with them. Later we (I) felt guilty about that. I also think of German teacher Karel Berends, who once let a classmate who was annoying take over his role and place. He himself sat on the boy’s seat and then threw wads of paper and chatted. This earned him a lot of respect from me and the rest of the class. English was taught by Heuvelmans. We did not dare to open our mouths there, because he would sometimes jump out of his skin and then we were done for. Marion de Grijs was our French teacher and every now and then vice principal Pater Bakels would stand in for her. As I understood then, he was the last priest of the school. Geography was taught to us by Berghuis. A motorcyclist and for that reason alone I thought he was cool. I also remember Van der Laar for gymnastics and Henry for music.

The transition to the Hemmenlaan after the extended bridging period was quite big, but I found it a wonderful location! The classes were swapped, so I ended up in a Havo class with all sorts of boys with whom we had previously had a bit of a row. But they turned out to be good guys and soon we became a close class again. In the meantime I also lived in Haren, so it was nice and close by. In the afternoons we could play table tennis at my house. The only disadvantage were the temporary classrooms. They were incredibly hot in the summer.
In Haren you had a bicycle cellar and also a cellar for students, I literally went there once. I do remember that there was a lot of smoking and smoking of alcohol. Smoking was done on the balcony and you had to slog through the smoke. Smoking cannabis was done in more secluded places, such as near the Esserberg stadium and near the back of the field hockey fields.

In Haren we also became ‘long-standing idle adolescents’ and our class was a combination of children who went to the havo. Again, it was a class that could cause quite a stir. For example, it was a craze to remove car stickers from cars. And that also happened to the cars of teachers. I also had car decals, but I didn’t ‘get’ them in the school parking lot. That didn’t seem very smart to me personally. Anyway, everyone who was suspected had to come forward at some point and hand in their tags. Again, not a good turn, because the Fred from the control room, saw a Ford emblem among my marks and he missed it himself. He was devilish, in all states, so once again I did not have the very best press to say the least.

In the third I went along with the annual ski trip. Sports were and are my thing anyway and this seemed great. And it was! A few teachers came along and we got lessons beforehand from Mr. Berghuis and Jan Nieboer to learn how to fall and to do some muscle exercises. We went to Austria by bus. And as was my wont in those days, I got overconfident on the third day. I thought I could chuss the last bit of the slope and I’d pop off the last bit. But alas, there went my skis, one left, one right. The right ski even grazed my forehead. Bleeding like a cow I lay in the snow! I had priority in the ski elevator and with a bloodied face I returned to the group. I actually thought it was pretty cool. The last day, of course, we competed in the ski race and there I came in second, or first loser. I still remember who came first, Jeroen van Elmpt. Since then I have always continued to ski and the basis for that was laid by the lessons of teachers at SMC.

I did not graduate from SMC, but from De Schalm, which was not yet part of the later Maartenscollege. The diploma ceremony at the Schalm felt like an obligatory number. I realized then that I had been a bit inconsiderate in the previous years. At the Schalm I was taught German by Ron Jans and of course we thought that was cool! I also remember the daughter of director De Jong, who I had a crush on. Christine was her name, but well, shy as I was, that didn’t work out. Because I left SMC before I reached the upper school, I did not experience any parties there. We were a bit too young for that in the third grade. Well, we did have a class evening once in a while, but it wasn’t all that exciting.

Because I went to the Zernike after that, I didn’t have many contacts left from the SMC.
But I did hang out with a Korean friend of mine, Jeroen Muller, for a long time. I still see him occasionally, but he lives in Ireland, so it’s not that easy.
Well, when you think about that time, many memories come back. In my view, that is the main purpose of a lustrum, to bring back memories and look back with the adult eyes of today.