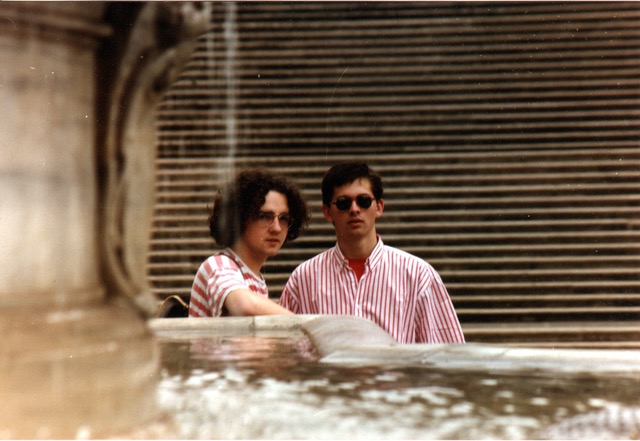 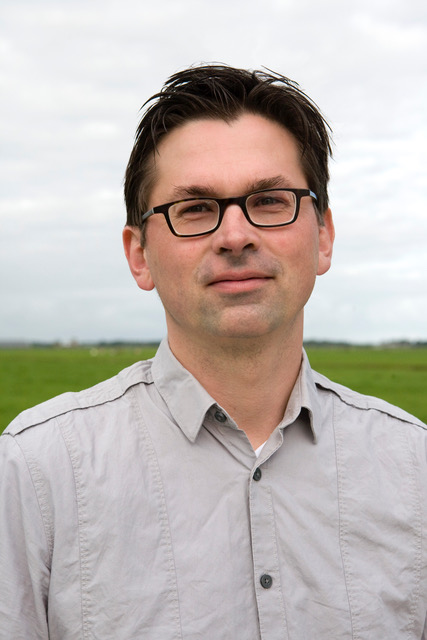 I entered school in 1985 with advice HAVO from my elementary school. I deliberately chose St. Martin’s College with my parents, because at that time it was the only school with a two-year bridge class. Another option would have been the Middle School, but actually I never looked there myself. After the two-year bridge class I entered VWO and took my final exams in 1991. That it was with one five and two five halves did not spoil the fun. I compensated for it with four eights, two of which were almost nines: German and History. The other eights were French and English.

After SMC, I went with my parents for a year, who went to live in Cairo, Egypt for my father’s work. I did some language courses there. In 1992 I went to study history and threw myself into many different student boards. Among other things, I was vice-chairman of the university council. Partly because of all these activities, my studies took a long time and I only graduated in 2005, although I had already been working for a number of years. I worked for the municipality of Groningen, at a call center and as a history teacher at the Kamerlingh Onnes. In 2010 I became a city councillor for GroenLinks in Groningen (by now re-elected for the fourth time) and had a family. I hold sporadic city walks with groups.

We chose the school not because of its Catholic background, but as mentioned, for the two-year bridge class. I am not and was not religious and if I had been I would probably have been Protestant. But I am not anti-religious either. Actually, we didn’t notice much of the Catholic persuasion at school, although in the first year, in the Wijert, we did experience a Eucharist celebration in the gymnasium which Father Bakels held as a farewell to the school. He was the last priest to leave school.
The first year camp was then called ‘The Children’s Crusade’. The name didn’t mean much to me, although I think I had read the book by then. I still have some pictures of it. I especially know that we were in a kind of barn with bunk beds, the boys downstairs, the girls upstairs. I was in 1C and I do remember that for some reason we were upset that boys from other classes were visiting our girls. Pete Maas (math) was our mentor then.
I had a nice class throughout the extended bridge period (1c and 2c), a bit crowded in my opinion. There was some animosity with other classes, including 1D. The building was cozy by current standards I think and it was a little less biking from the Schildersbuurt into town for me. The amanuensis/concierge was very strict, but along the way we found out, that he could also be nice if you followed the rules. He made coffee and made soup. As for the two-year bridge class I mentioned earlier, I am convinced that it helped me a lot at that time to get used to high school and because I had a bit more time, I could go on to VWO without any problems, even though I had a HAVO recommendation. In those years we also found out that I am dyslexic, something that was not really believed at the time, because I scored well or above average on numerous other things.
By the way, I was not a quiet boy in the first class (yet)… I was expelled nine times then… I fought with classmates several times. But after those two years that was over.

Going to the Hemmenlaan was undeniably a big step. Cycling every day from the Schildersbuurt. Paterswoldseweg, Station, Helperzoom. But I think I found it particularly beautiful, so it didn’t make a big impression on me.
In Haren you had a bicycle cellar and also a cellar for students, everywhere else smoking was allowed and allowed outside the building. We parked behind the school, behind the gymnasium, in bicycle sheds. I once smoked a cigarette twice in De Wijert, because of someone from 1D, but I found it so disgusting that I never felt the urge to continue. There were all kinds of students smoking behind the emergency buildings who didn’t want their parents to hear it. My friends and I found that a bit hypocritical… But yes, we understood, because many would receive either 1000 guilders or a driving license from their parents if they didn’t smoke until they were 18… But during the break we mainly went to (the former field hockey fields of) HMC to buy ice cream, or we played cards in the auditorium.

My friend Bas Plaut and I were fairly inseparable up to fourth grade, and we are still very good friends. But whatever else you could say about us, we were – and are – no copies of each other. We were, however, a household name: ‘Bas and Benni’ and this also led to us being confused by teachers. For example, when I was expelled once, or something else happened to me. Then you had to report, your name was on the board. But not my name appeared, but that of Bas Plaut. Bas said, ‘I haven’t done anything, so I don’t have to report,’ and I thought, ‘I’m not on the board, so I’m not reporting.’ If you didn’t report, the color in which your name was written changed color (red) and if it took you even longer to show up at vice principal de Boer’s office, there were stripes under your name and exclamation points after your name. Finally Bas was picked out of the hallway somewhere, for not reporting. He explained the story, and eventually I had to come along too but I think it was then ‘shelved’ as a sort of statute of limitations case.

Bas and I had more things we did anyway, including perfecting cheating and cheating. For example, we had the method where you stretched out a postal elastic on a large ruler and then wrote out a ‘cheat sheet’ on it very small. When you took it off, you couldn’t see that the postal elastic had been written on, it looked like weird dashes. We all walked with a postal elastic around our wrists in those days. One time we had a test and Van Wees (Dutch) was supervising. After the test he came to us and said: ‘I think you were cheating, but I didn’t see it.’ We told him honestly how it had gone, because we knew he wouldn’t make us do anything, because he didn’t have a crime. He was surprised and impressed by the cheating system. It did mean that we could never use this method with him again. Bas and I also had another way of helping each other… We learned each other’s handwriting – which was quite different – and on tests we never wrote our names, we did that afterwards. During the test we exchanged the sheets and helped each other with the missing answers.

Ineke van de Berg and Jelle Witteveen were great teachers for me. They were fantastic storytellers and their love for history shone through. They inspired me to study History. I found Van Wees of Dutch (see above) very good and interesting, especially when one time, after reading a text by Armando, who was talking to an old SS man (I think I can still find the text), he said to the class that he was going to sit in the role of the SS man and give us the task of convincing him that National Socialism was nonsense. We found out how impossible it was to convince someone who did not subscribe to our shared principles. Still an important lesson for me, in times of wappies and climate deniers. Science, law or democratic values can always be questioned, even if you would think they are incontrovertible. It was also Van Wees who, on the school examination for the book list literature, asked after the exam and the mark given: and which books had you read and which hadn’t you?’ I knew Van Wees could be trusted, so I told him, that I had not read a book by Marga Minco (he had noticed, he said) and the book ‘Childhood’ by Jonah Oberski. He had asked me about it, and I had pieced together my answer based on one image and theme that was mentioned on the flap of the book, so he had not noticed at all that I had not read it. And I would like to mention Brinkgreve. A very passionate, kind and good German teacher. I remember that one time we went with German to the City Theatre for a play called Ubu Roi. On second thought it may not have been by German, but Mrs. Brinkgreve was there. I liked that very much. Her unbridled enthusiasm for literature, her enormous love for it, was very beautiful. Not that I had that right away, but it was contagious.
In 1990 I went with her on a trip to Rome. That was a fantastic experience! I still have the folder of the Roma trip, and even though the last time I was in Rome was in 1990, I still feel like a connoisseur of that city. But also the bus trip there, the sociability of the group, it all meant a lot to me.

The exam was just at school, in the gym. My exam number was 68. Of the graduation ceremony I don’t remember very much. We had gone to Paris after the last exams with a group of friends from school, together at a campsite in Versailles, some of us in possession of an interrail card, with which we would travel again to Spain and Portugal after the graduation ceremony and especially the exam parties at home.
Of the stunt, the gala I don’t remember very much. I do know that we had a graduation party in a student club on the Verlengde Hereweg… something with a lot of beer and lying on a table… and in daylight crashing my brother, who lived a bit further on in a capital villa near the Hereweg viaduct that was on the demolition list… A villa that by the way still stands and for which the municipality is now making plans to preserve it.

Except for Bas Plaut, I still see and talk to quite a few former-SMC-ers, or get back in touch with them via social media. I am considering going to the reunion. It seems fun to see people again. But only when I hear through the grapevine that friends and classmates are going too, so that we can meet up.

By the way Koos, you taught me in the first and second AK! But I had to choose then (I think?) or a year later (note interviewer, it was after 3rd class.) between GS, AK, ECO and something else? And I dropped AK then. I found everything interesting and couldn’t choose but thought, “I like AK so much, I will always study it and stay interested in it. And it turned out that way. For example, I still collect atlases!