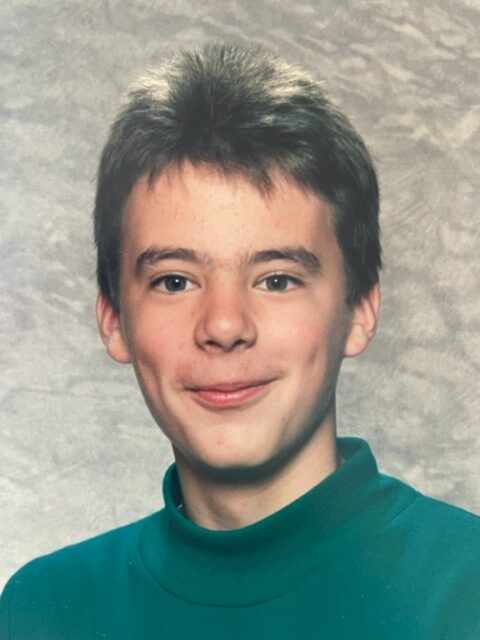 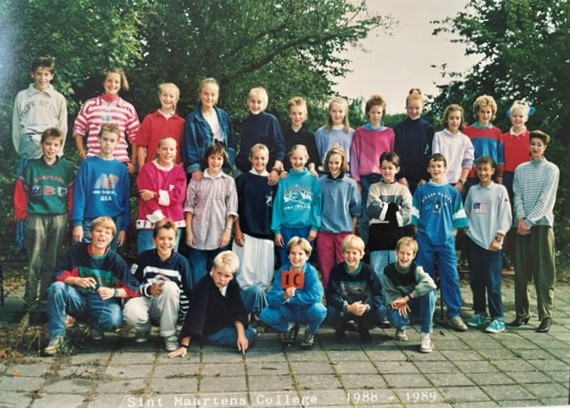 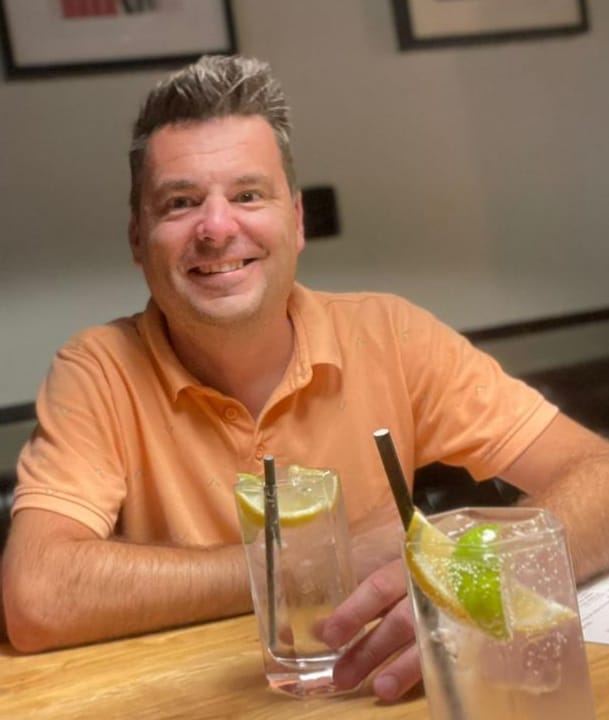 After elementary school (Nicolaasschool, Haren) Sander Bertus naturally (!) went to St. Maartens College. At that time there were a lot of applications, but he did not have to worry about placement, because he came from a Catholic family.

He lived in Vries and went to De Wijert as a first year student. He liked that, because he came from a small school and De Wijert was not a big building either. He felt comfortable, but had to get used to the fact that you could call the teachers by their first name. At elementary school the teacher stood in front of the class in a neat suit and said ‘U’. Well… that was different here!
He had the pleasant feeling of the small scale for a long time in Haren (as a first year student he was brought to Haren by bus during the stunt days), until the mavo’s were added. The atmosphere changed, it was no longer the atmosphere of the Sint-Maartenscollege and everything was suddenly BIG and he gradually realized that he was now really in a ‘big school’.

Sander remembers the bridge class camp in Siddeburen (?), the emergency buildings D and E, his mentor Ron Jans in the first two years, Fineke te Wies and Koos Meisner, who shared the mentorship in the senior years, the history lessons of Jelle Witteveen, Greek and Latin of Huub Derix, the Berlin trip with Anny de Boer and Jelle Witteveen, the Song Contests, but also the bomb scare in 1990 and the 24-hour hunger cure 4 years later. However, he no longer knows the reason for this.
numerous fun, exciting happenings, but also sad ones: the death of the father of one of his classmates and the presence of many of them at the funeral made an indelible impression on him.

He had a ‘fun package’ without mathematics as he calls it: (classical) languages, geography, history, where he wants to mention explicitly that in the first year a good basis for the languages was laid by a.o. Aagje Verkerk (English) and Ernestine Hulk (French). He remembers the notebook with hard cover that you had to bring along to make all the grammar notes.

He tells about the school rules, which were regularly broken (of course!): don’t go around front on your bike, but do it anyway.
Getting a croquette sandwich at HMC when mothers were playing tennis….
If there was trouble in the glasses, he had to go to Marie-Jose Poiesz. He remembers the walk to her room as if it were yesterday.

Sander graduated from vwo in 1995. He loved the presentation and the preceding gala in the Stadspark Pavilion! He looks back on the Maarten period with pleasure.
After having studied history for 1 year he switched to American Studies, was a member of R.K.S.V. Albertus Magnus in Groningen and held various positions there.

To conclude:
Sander was my neighbor for 7 years. When we first met, he shouted “Maartenscollege!”
I gave no sign of recognition, but he was sure. After 10 minutes, we figured it out:
in 1994 he was with me to Rome and yours truly was the organizer at the time. How much fun can it be!