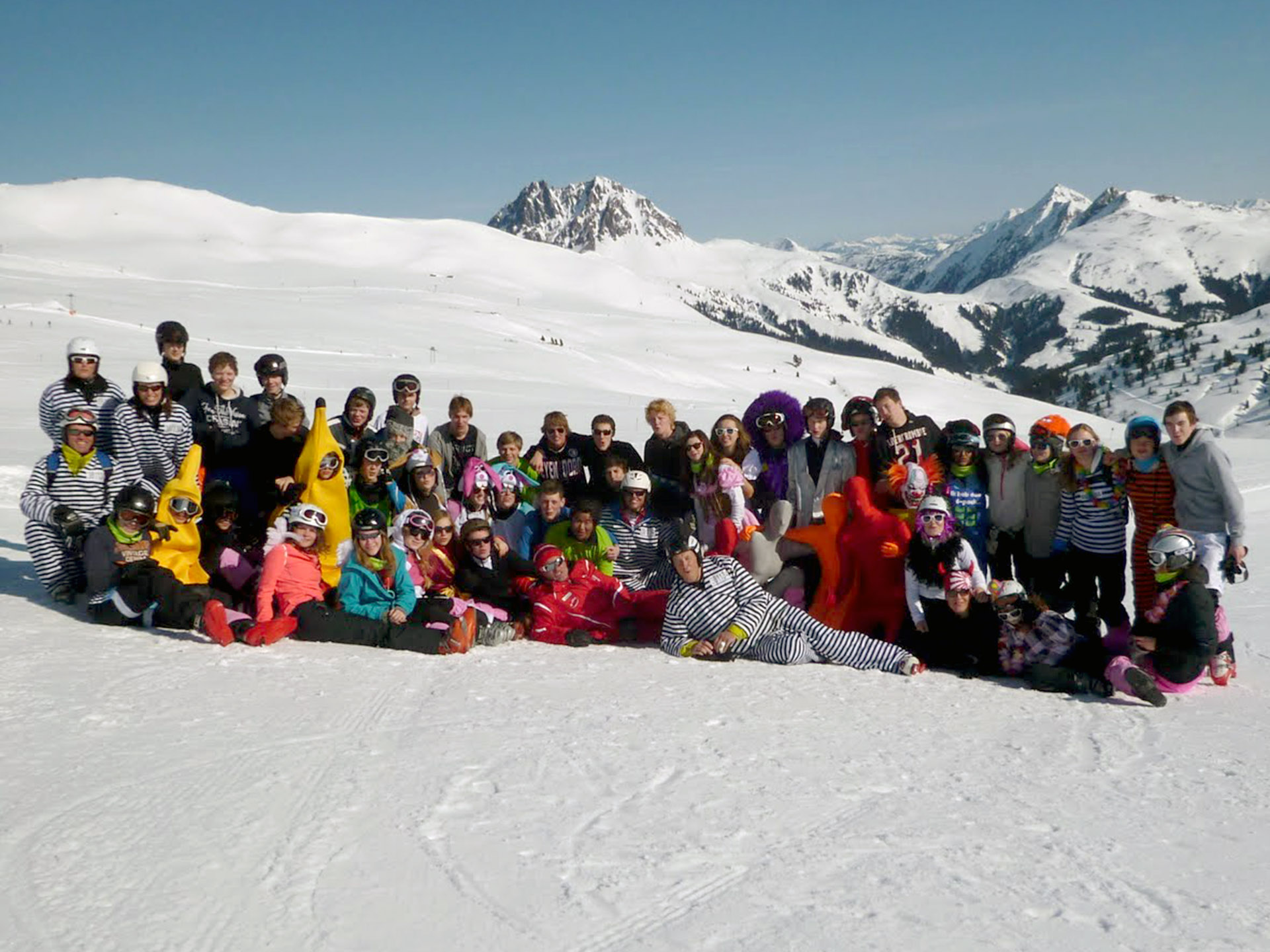 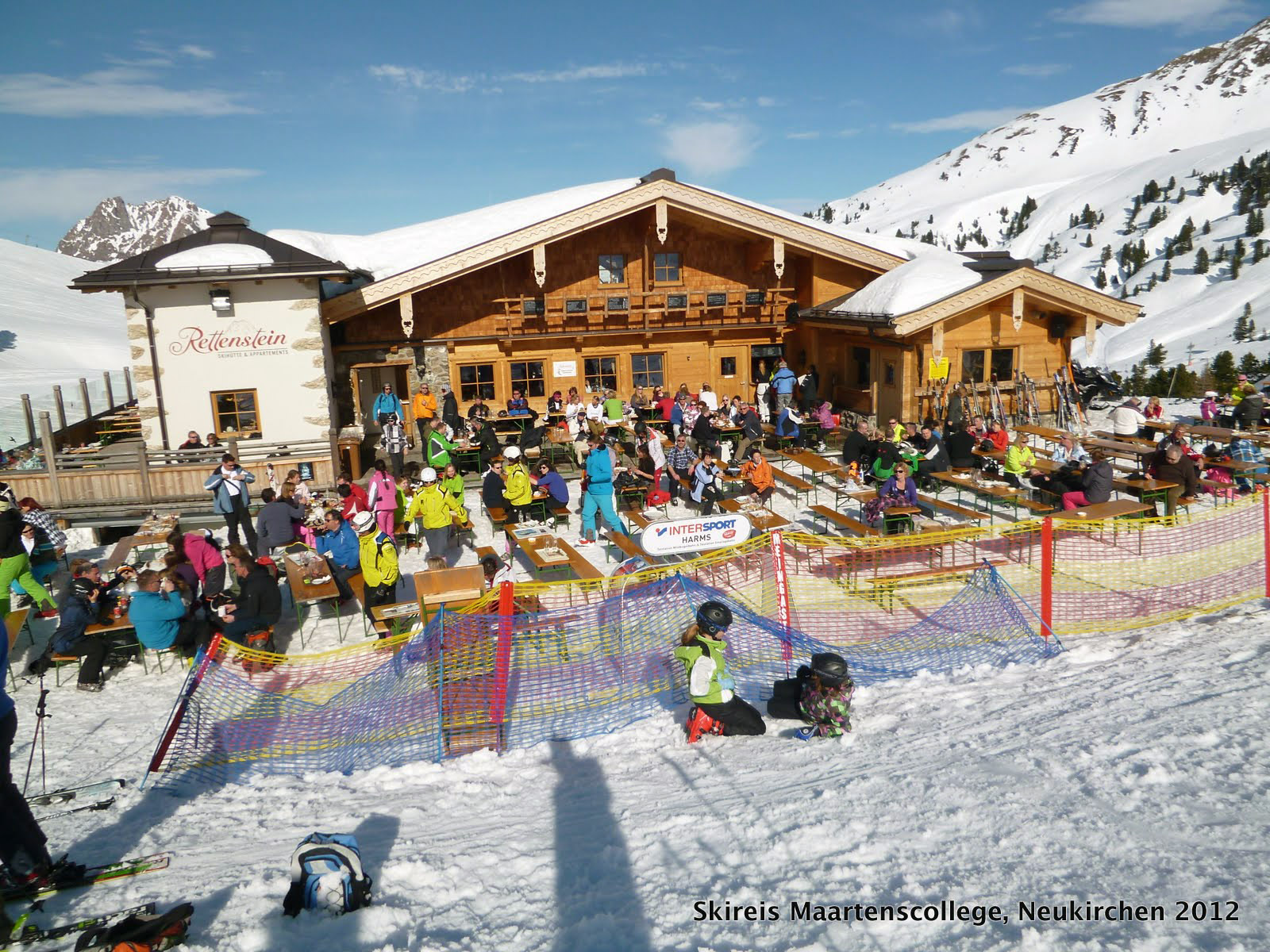 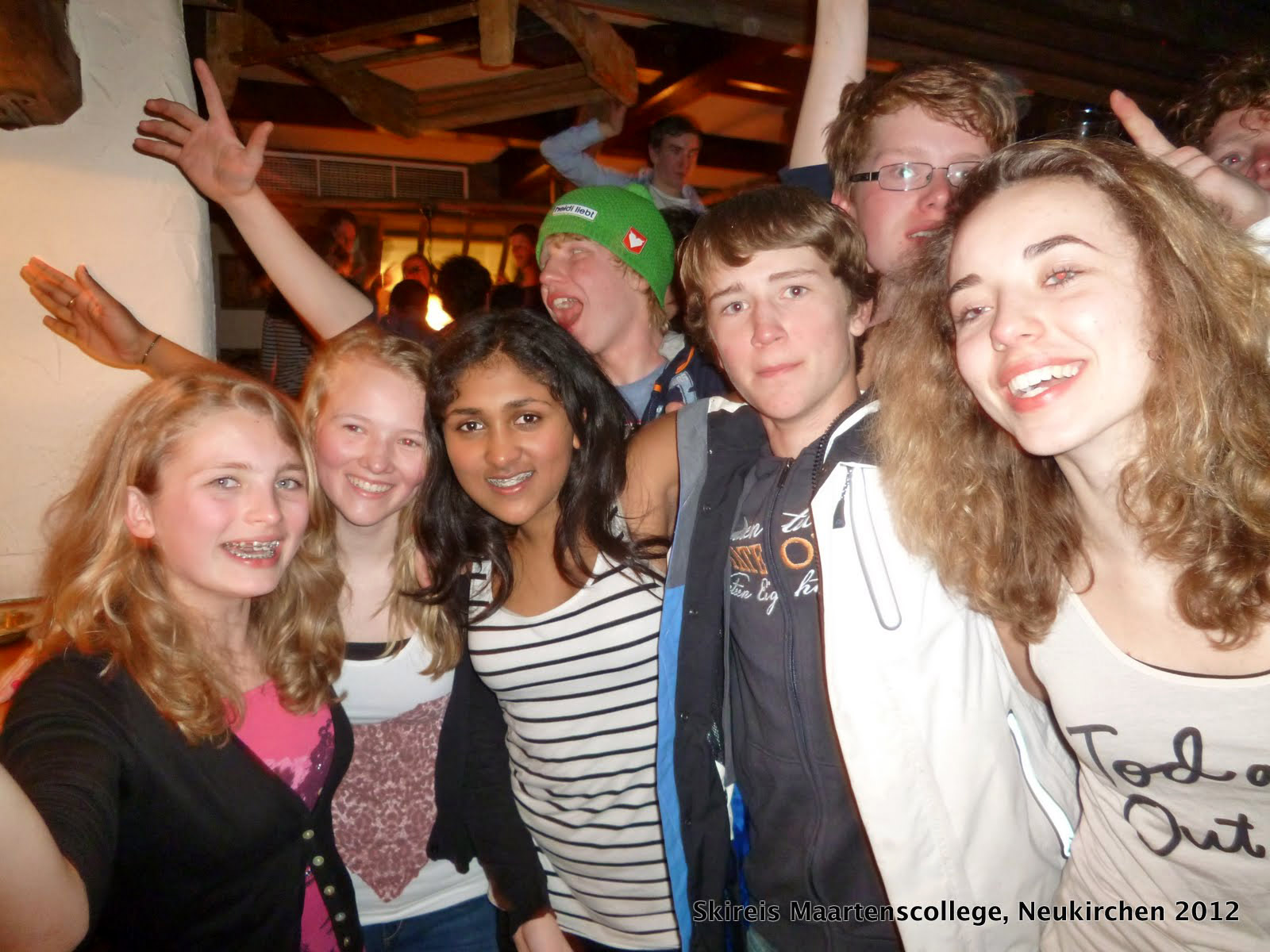 Before we could leave, we had an extensive preparation, consisting of several times of ski gym, an information evening and of course a field run and a ski test. This also helps you get to know the group and makes you really look forward to when we finally go!

It was 8pm and the night drive to Neukirchen began. The mood was right on and before we knew it, it was midnight. When you drive at night, time goes very fast, especially if you still sleep a little in the bus every now and then. We arrived in Neukirchen around 11 o’clock. We unloaded the bus, everyone brought their things to their rooms and then we had to get back on the bus right away because all the ski gear had to be collected. When we returned, everyone had mandatory rest. At the end of the afternoon, we tested our ski equipment on a mountain behind the house we were staying in.

The next morning we had to get up fairly early again, but most of us didn’t mind because today we would be skiing for the first time! The weather was very bad that day, unfortunately. The A skiers stayed down for another day and the B and D skiers went up. I was in the D group myself, we were looking forward to it! It was nice that we started quietly so everyone could get used to it. The visibility was very poor, though, so it was difficult to explore the area a bit.
The daily schedule is something like this: every day you first have lessons until the lunch break, then you eat the bread you brought or buy something in the restaurant. Then the D skiers teach the A and B skiers in the afternoon. And then from about 3 o’clock onwards you have 2 hours of free time and at 5 o’clock we had to be down again and then the bus left for our lodge again.

The food we got was generally tasty, it was also very nice to eat together. In the evening, we were usually allowed to do what we wanted, most of us went into the village, to a pub to have a drink. Or you stayed at home with some others, that’s nice too.

At half past ten everyone had to be home again, and then you had to be in bed by a quarter to eleven. That didn’t matter, because skiing makes you very tired so you feel like sleeping. The beds were fine, I slept in a room for six, with a single and a double bunk bed.

On Thursday, the penultimate day, it was carnival skiing. Everyone put on something weird, so for anyone going next year, put on something crazy! In your craziest outfit, you do a slalom. Your time will be measured and in the evening you will find out how many times you finished first in the group.

On Friday, the last day already, you have the whole day free. The weather was super that day! The nice thing about this day was that you can go skiing together with all the new people you’ve met and choose which pistes you take. This is unfortunately then followed by that inevitable moment on Friday evening, we have to go back home.

But it really was a super experience, I can recommend it to everyone! Even if you have never skied before, or have skied a lot. It’s fun for everyone and you meet lots of new people!