Skip to content
2022 Noor Bishoen, the oldest student at Maartenscollege 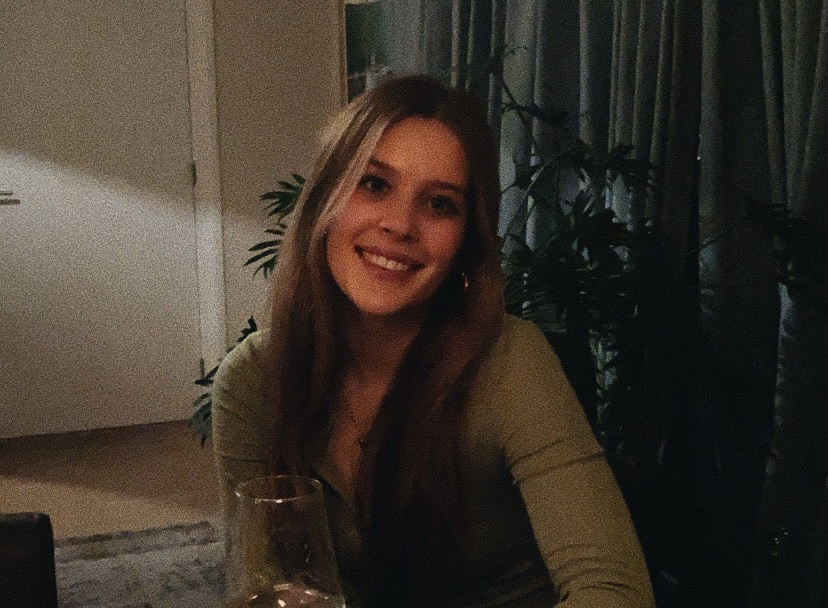 It is 20 April 2022. The time has finally come: after some (Corona) hiatus, I am going to ask Noor Bishoen a few questions about her time at St. Maartenscollege. She is in V6 and I have to hurry, otherwise her preparations for the exam might make her unavailable for an interview.

In 1986, we interviewed the youngest student as part of the 40th anniversary celebrations, and I thought it would be a good idea this time to ask the oldest (Noor) and the youngest a few questions about their time at secondary school.

Noor is 20 years old, wanted to continue her studies for a few more years after finishing secondary school, and is now taking her final exams for pre-university education. Her follow-up study will most likely be Communication at the Hanze University of Applied Sciences in Groningen. She also thought about studying at the teacher training college, but after a day at the college she thought it would be less interesting.

Her Maartens career has not been entirely without interruption: after havo 5 she left for another school because one of her friends was there, but the totally different way of teaching and the different atmosphere made her feel not quite at home there. She wanted to go back to Maartens. Fortunately, there was still room in vwo 5 and after a two-week ‘break’ she was back in class with her familiar teachers.

The choice to go to vwo was a conscious one. During the havo exams she was in the middle of the Corona period, which she did not always find easy and she did not feel comfortable starting a new study at home. The exam went well, but she missed the parties, the gala and because she was already a bit older than the average student, she found it quite difficult not to be able to do what you normally could have done as an 18-year-old…

When I ask her if she will pass, she responds positively: she should, even though she has failed two subjects.

The Bishoen family is celebrating twice this summer, because a sister is in her final year at the Praedinius and she is going to pass as well.

Noor now has to work hard on her studies, but she keeps time for the hockey club (GHBS), her job at the Jumbo supermarket and for her friends.

Looking back on her years at St. Maartens, she says that her year group was a lot of fun and that the England trip was one of the highlights. The trip to Oldenburg (junior high school excursion) was also worthwhile!

She thinks the atmosphere at school is fine, but in terms of organisation it could be improved here and there, especially information that is often given at the last minute, while she has the feeling that most (important) announcements could be made a bit earlier…

At Noor’s request, the interview doesn’t end too late, because she has to get up early the next day: the bus leaves at 6.30 a.m. for a trip to an amusement park in Germany.

A trip after all!