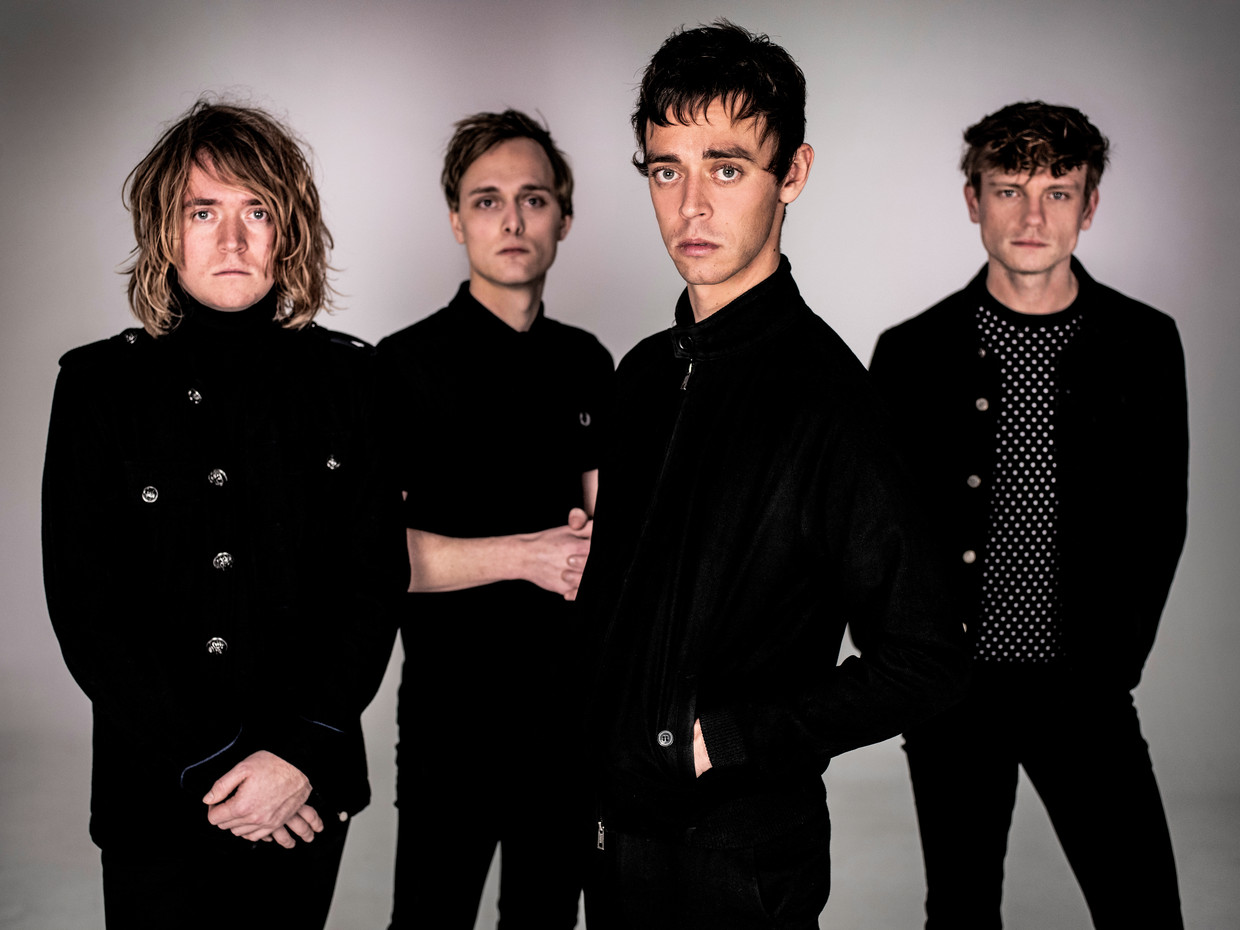 The first headliner of the final party is the band Orange Skyline, a rock band that can be heard frequently on Radio 2 and 3FM and consists of alumni of the Maartenscollege.

Brothers in bands, that’s asking for trouble. Pop history is full of it, but not with Orange Skyline, where brothers Stefan and Niels van der Wielen form an ideal creative couple. They do fool around a bit, more than that, but they don’t fight each other’s brains out like the Gallagher ‘bruvvas’. There is certainly inspiration from the illustrious duo. A bit of ‘oomph’ – English for ‘pit, excitement’ – no band can do without. Rock ‘n’ roll is always at least 30% determined by excitement, and you get that here in spades. Orange Skyline, on their JB Meijers-produced, self-titled second album, are the indie rock ‘n’ roll band they always were.

Every indie band goes electronic with their second record,’ singer/guitarist Stefan van der Wielen says with a grin. We do it the other way round. We just made our rock record now. We’re completely schizophrenic.’

Is that why their 2017 debut album was sometimes called Things That I Hide, you might ask in retrospect. ‘It was an album on which we did want a lot,’ responds brother Niels. ‘When you see us, you see a rock ‘n roll band. That’s right now with the second record. They also like classic rock ‘n roll bands with couples like The Who with Townshend and Daltrey.

The series of singles that the band released towards the release of the debut for Sony has been very successful. Two Radio2 TopSongs, including the official NOS Winter Games anthem “A Fire”. On the other national stations, too, all the singles have been placed on the playlist.

It doesn’t go every which way anymore and the songs are better,’ says Niels. Busy producer/musician JB Meijers was the perfect match with the band. JB understood exactly where the band had to go. Niels: ‘Working with JB was so easy. He speaks the same musical language as we do, because he listened to the same music. He’s also a good arranger and he plays every instrument imaginable.

Band and producer knew each other from an occasional collaboration at 3FM, when they performed the Beach Boys song God Only Knows. With JB they also wrote two of the 10 tracks for the new album, Reflection and the absolute anthem Shine On. The former is their ‘brother song’, it is a duet.

Stefan: ‘We wrote it for each other. We go back to the place where we grew up’. And that is Groningen, where drummer Mart Atema and bass player Simon ‘Benus’ Christiaanse come from as well. Together they form the four classic elements: Stefan is the fire, Niels the water, Mart the earth and Benus the air.

Yes, you read it correctly, Niels also sings lead vocals on this second record. That is new. He also sings lead on the first single Keep It Together. You sing along immediately, as if you have known the song for years. It turns out to be the key song of the album. Many of the bands Orange Skyline once rose to prominence with have disappeared, for whatever reason. But our boys are still here. We are the last of the Mohicans’, Stefan concludes with satisfaction. Everyone is in their foxholes, we keep courage and carry on. Armed with cast-iron songs, Orange Skyline goes on the attack. It is the sound of cavalry galloping over the hill. That fighting spirit splashes all over the album.

The term anthem has been mentioned above, then you should hear adrenaline tracks like A Fire, Modern Times. And Meet You In The Middle is the Wonderwall-like ballad that could bring the band to the general public.

Meanwhile, in August 2022, singer Stefan will appear in the mega-popular programme ‘The Smartest Man’, where he will show that rockers can be very intelligent.

That makes your heart beat even faster. Think of a full football stadium. Orange Skyline are also a real football band, a trait they share with many Manchester bands, from The Fall to Oasis. That’s The Spirit! There’s another real rock ‘n’ roll band, so it’s still possible. Orange Skyline keeps the fire burning.